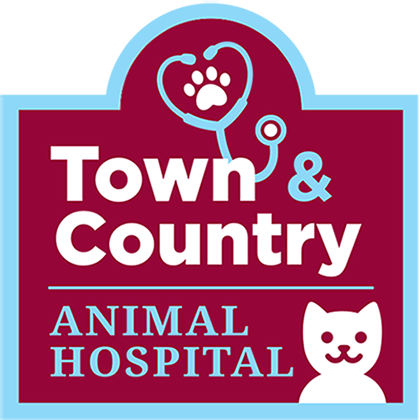 Canine influenza has been in the headlines recently. Little Rock area pet boarding facilities are moving to require dogs be vaccinated against canine influenza to stay at their facilities. At Town & Country we carry both the H3N2 vaccine & the H3N8 vaccine and have vaccination packages available. You can call us at (501)868-4365 to book an appointment and for questions about prices.

We are getting calls from concerned clients and wanted to provide some information on canine influenza. Dogs that may benefit from canine influenza vaccination include those that receive the kennel cough (Bordetella/parainfluenza) vaccine, because the risk groups are similar.

This info is from the American Veterinary Medical Association website:

Canine influenza (CI), or dog flu, is a highly contagious viral infection affecting dogs and also cats. Influenza viruses belong to the family Othomyxoviridae. Canine Influenza is a Type A influenza virus and is further identified based on the composition of two specific proteins in the lipid outer layer of the capsid: hemagglutinin (HA) and neuraminidase (NA). At present, two strains of canine influenza virus have been identified in the United States: H3N8 and H3N2

Influenza viruses are able to quickly change and give rise to new strains that can infect different species. Both strains of canine influenza identified in the U.S. can be traced to influenza strains known to infect species other than dogs. At some point, these viruses acquired the ability to infect dogs and be transmitted from dog to dog.

Canine H3N2 influenza was first identified in the United States in March 2015 following an outbreak of respiratory illness in dogs in the Chicago area. Prior to this, reports of canine H3N2 influenza virus were restricted to South Korea, China and Thailand. It was initially identified in dogs in Asia in 2006-2007 and likely arose through the direct transfer of an avian influenza virus – possibly from among viruses circulating in live bird markets – to dogs.

Following the initial diagnosis in Chicago, additional cases of canine H3N2 influenza were reported in a number of states. In early 2016, a group of shelter cats in Indiana were diagnosed with H3N2 canine influenza. It is believed the virus was transmitted to them from infected dogs.

In May 2017, canine H3N2 influenza was diagnosed in dogs in Florida, Georgia, North Carolina, South Carolina, Texas, Kentucky, Tennessee, Missouri, Louisiana, and Illinois. This was the same strain of H3N2 involved in the 2015 outbreak in Chicago.

There is no evidence that either strain of canine influenza (H3N8, H3N2) can infect humans.

The virus can remain viable (alive and able to infect) on surfaces for up to 48 hours, on clothing for 24 hours, and on hands for 12 hours. It is important to implement biosecurity protocols and disinfection procedures to reduce the risk of disease transmission.

H3N8 has an incubation period of 1 to 5 days, with clinical signs in most cases appearing 2 to 3 days after exposure. Dogs infected with H3N2 may start showing respiratory signs between 2 and 8 days after infection. Dogs are most contagious during the incubation period and shed the virus even though they are not showing clinical signs of illness. Some dogs may show no signs of illness, but have a subclinical infection and shed the virus.

The majority of infected dogs exhibit the mild form of canine influenza. The most common clinical sign is a cough that persists for 10 to 21 days despite treatment with antibiotics and cough suppressants. Affected dogs may have a soft, moist cough or a dry cough similar to that induced by kennel cough. Nasal and/or ocular discharge, sneezing, lethargy and anorexia may also be observed. Many dogs develop a purulent nasal discharge and fever (104-105o F). The nasal discharge is usually caused by secondary bacterial infections, including Pasteurella multocida and mycoplasma species.

Some dogs are more severely affected and exhibit clinical signs of pneumonia, such as a high-grade fever (104°F to 106°F) and increased respiratory rate and effort. Thoracic radiography (chest x-rays) may reveal consolidation of lung lobes. Although most dogs recover without incident, deaths due to H3N2 have been reported.

Canine influenza cannot be diagnosed solely by clinical signs (coughing, sneezing and nasal discharge) because these clinical signs also present with other canine respiratory illnesses. Tests are available to diagnose and identify stain of canine influenza virus. Tests include: virus isolation, immunoassays to detect virus antigen, PCR to detect virus nucleic acid, and serology for antibodies specific to the virus. PCR may be the most reliable testfor the diagnosis of CI. Contact your diagnostic lab for recommendations regarding tests and sample collection.

Veterinary expertise is required to determine treatment options and the best course of treatment. Treatment for CI, as for most viral diseases, is largely supportive. Good husbandry and nutrition may help dogs mount an effective immune response. Most dogs recover from canine influenza within 2-3 weeks. Secondary bacterial infections, pneumonia, dehydration, or other health factors (e.g., pregnancy, pre-existing pulmonary disease, immunosuppression, tracheal collapse, etc.) may necessitate additional diagnostics and treatments including, but not limited to:

Treatment modifications should be made as needed, based on response to treatment, other health factors, and other factors such as compliance and animal care capabilities of the owner/caretaker.

To prevent transmission of the virus, dogs infected with canine H3N2 influenza as well as other dogs in the household should be isolated for 4 weeks.

Antiviral drugs to treat influenza are approved for use in humans only. Little is known about their use, efficacy and safety in dogs. Veterinarians who use approved drugs in a manner not in accord with approved label directions (e.g., use of an antiviral drug only approved for use in humans) must follow the federal extralabel drug use regulations of the Animal Medicinal Drug Use Clarification Act (AMDUCA).

Canine influenza virus is not widespread in the dog population and many dogs have never been exposed to the virus. The morbidity rate (the number of exposed animals that develop disease) estimated at 80%. The mortality (death) rate is low; less than 10%. Deaths occur mainly in dogs with the severe form of disease.

To date, no fatalities in cats infected with canine influenza have been reported.

The canine influenza virus may persist in the environment for approximately 2 days, and be viable on hands and clothing for up to 24 hours. In veterinary, boarding, and shelter facilities, the canine influenza virus appears to be easily killed by disinfectants commonly used in those facilities, such as quaternary ammonium compounds (eg, benzalkonium chloride), aldehydes, potassium peroxymonosulfate, phenols and bleach (1:30 dilution) solutions. Cleaning and disinfection protocols should be established to ensure reduce the risk of virus transmission through indirect contact with people or other fomites (e.g. cages, bowls, exam rooms, etc.).

All employees should wash their hands with soap and water:

Isolation protocols should be rigorously applied for dogs showing clinical signs of respiratory disease. Dogs exposed to CI or exhibiting respiratory symptoms should not be brought to locations where other dogs are present such as training classes, shows or events, day care, and boarding and shelter facilities until the isolation period is completed.

Sick or exposed dogs should be isolated, preferably in an area with a separate air supply. An isolation period of 4 weeks is recommended. Wear personal protective equipment (gown and gloves at a minimum) when handling ill animals to avoid contaminating clothing. Clean and disinfect all clothing (including shoes), equipment, surfaces and hands after exposure to dogs showing signs of respiratory disease. Owners whose dogs are coughing or exhibiting other signs of respiratory disease should bringing their dogs should not participate in activities with other dogs or bring their dogs to facilities where other dogs are present to avoid exposing them to the virus.

Find us on the map